by Vicki
Comments are off
Articles, The Flash

Over the course of The Flash‘s six seasons to date, few characters have been on as complicated a narrative journey as team scientist Caitlin Snow (Danielle Panabaker) and her icy, occasionally deadly alter ego Killer Frost (also Panabaker). Originally introduced as a dark doppelgänger from a parallel Earth, Killer Frost slowly evolved from a dangerous villain into an unstable asset and finally to a hero in her own right, complete with her own snazzy super suit and a firm place on Team Flash.

Her road to this point certainly hasn’t been an easy one, and The Flash has made some fairly significant missteps with both her and Caitlin’s characters. While she’s been a part of Team Flash since the series began in 2014, Caitlin often found herself with little to do beyond spout science jargon at STAR Labs and fall in love with men who either died tragically (Ronnie Raymond, in multiple realities) or turned out to be evil (Julian Albert was secretly Alchemy; the false Jay Garrick who was really Zoom). Meanwhile, the erratic explanations for Killer Frost’s origins often made it difficult to really get to know the character — was she meant to be an extension of Caitlin’s psyche? Her own person? Or something in between?

As we head into the show’s seventh season, The Flash finally seems to have settled into a groove with these two women, and the future for both characters feels wide open. Yes, it’s true that no one seems to be able to tell us precisely what happens to Caitlin when Frost is in control of their shared body, and someone should really get to explaining that in Season 7. But the story of these two women discovering their own identities — and embracing the power they share — is more compelling now than it has ever been before.

The Flash has stopped trying to force dreadful love interests on Caitlin, and Frost, having dropped the “Killer” sobriquet from her name, is now positioned as a key member of Barry Allen’s team of superfriends. Both women are consciously exploring their past together, and Frost is finally able to take an active role in determining her own future, rather than just showing up whenever Team Flash needs some extra superpowered muscle.

Season 6 worked hard to establish Frost as her own person outside of Caitlin’s shadow, dedicating significant screen time to building her own relationships with the members of Team Flash. While Frost’s original connection to Ralph may have been played for laughs — he volunteered to be her “life coach” — the two did develop a genuine friendship based on their troubled pasts and occasional feelings of isolation. And her charming bond with Allegra has helped both newcomers to feel more accepted in Team Flash. Best of all, these budding friendships manage to feel both meaningful and earned on their own terms, and not simply extensions of existing relationships with her other half.

Read more at the source.

by Vicki
Comments are off
Images, The Flash

by Vicki
Comments are off
The Flash

The Flash Renewed For Season 7

by Vicki
Comments are off
The Flash

Still not slowing down. #TheFlash has been RENEWED for Season 8! pic.twitter.com/cYKgJlZdfD

by Vicki
Comments are off
The Flash, Videos

Los Angeles, Nov 30 (PTI) Production on The CW superhero series “The Flash” has been put on hold after a team member in Vancouver tested positive for coronavirus.According to Deadline, the asymptomatic diagnosis was confirmed through the rigorous testing protocols implemented by the show”s studio Warner Bros TV for all of its production employees.

Contract tracing has been initiated following the diagnosis.

The studio is currently evaluating adjustments to the production schedule in order to resume filming without the affected employee and potential close contacts, who are self-isolating, a source said.

“The Flash” was among a number of series filming in Vancouver whose start of production schedule was delayed because of a backlog at a local lab processing COVID-19 tests.

Starring Grant Gustin as Barry Allen aka The Flash, the show was renewed for a seventh season in January 2020. 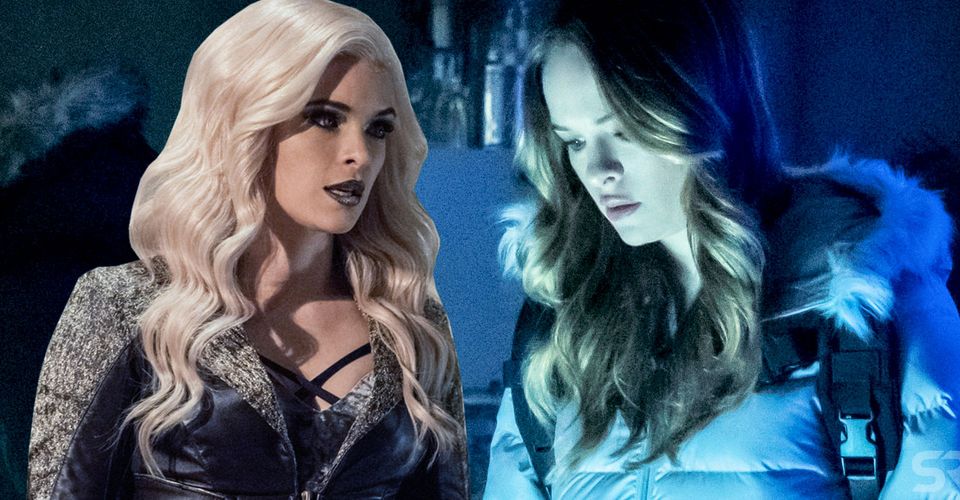 Over the course of six seasons, The Flash slowly came to focus Caitlin Snow’s storylines around her Killer Frost persona rather than her love life. This was apparently the result of the writers responding to actress Danielle Panabeker’s growing dissatisfaction with her role and fan jokes about the show’s writing becoming predictable after the first three seasons.

Dr. Caitlin Snow was introduced into the Arrowverse in the season 2 Arrow episode “The Man Under The Hood,” as a STAR Labs employee who was clearing out the inventory of their Starling City site when it was burglarized by Deathstroke. She was later brought into The Flash series and revealed to be the medical doctor who had cared for Barry Allen while he spent nine months in a coma after being struck by lightning on the night the STAR Labs particle accelerator exploded. Beyond helping Barry to master his super-speed powers and protect Central City from the rising threat posed by metahuman criminals, Caitlin’s story in season 1 largely centered around her mourning her fiancee Ronnie Raymond, who apparently died in the particle accelerator explosion, then her searching for him after it became clear that Ronnie was the mysterious “Burning Man” seen around Central City. The two married in The Flash‘s season 1 finale but their happiness was short-lived, as Ronnie sacrificed himself in The Flash‘s season 2 premiere to close a wormhole that threatened the world.

Read more at the source.

by Vicki
No comments
The Flash, Videos

The Flash‘s Danielle Panabaker has teased what’s next for Killer Frost, and even her co-stars are a little surprised about it.

Speaking at the show’s DC FanDome panel ahead of season 7, the actress was asked what the future holds for her character, and it seems someone is going to find a way to warm the heart of the white-haired supervillain.

“I’m excited because it sounds like Killer Frost is going to go on a date soon, and I’m really excited to see that,” she announced, much to the surprise of Flash actor Grant Gustin and their fellow co-stars.

Laughing, she added: “Do you think she has the best table manners? Probably not.”

Also during the panel, Panabaker opened up about how she’s enjoyed exploring the character of Killer Frost, aka Caitlin Snow, in greater detail.

“It was really fun to get to explore Killer Frost as a real character and a person and a human being with feelings and emotions,” she said. “Not just necessarily this person who pops up for a fight and then disappears, and we don’t really know her perspective on things.

“So it was really fun to get to dig in and flesh that out and have a little bit of fun with it.”

She added: “It’s nice to have the variety after six seasons and 150 episodes.”

by Vicki
No comments
The Flash, Videos

Welcome to Danielle Panabaker Online, who you may know from The Flash as Caitlin Snow/Killer Frost or other projects such as Christmas Joy, Justified, Piranha 3DD, Medium, Friday The 13th, Shark, Summerland and more! We aim to bring the latest news, images and more, please consider donating as it will help our site grow and please visit us again!

Please donate to help with the site, this would go towards hosting, domain renewals and pictures! DONATE HERE

The Flash (2014-2021)
as Caitlin Snow/Killer Frost
After being struck by lightning, Barry Allen wakes up from his coma to discover he's been given the power of super speed, becoming the next Flash, fighting crime in Central City.

Next On The Flash

When an experiment to save Barry's speed backfires, Nash Wells searches for a way to save The Flash and comes up with a dangerous plan; Iris makes a startling realization inside the Mirrorverse.
Airs on the 2nd March 2021 on the CW at 9pm

Are you a frequent visitor to the site? Have any photos, captures, etc that you see missing in our gallery that you would like to donate to the site? If so, feel free to send them to us. If you would rather donate media or videos, that is welcome as well! Remember to include how you would like credited in the email along with the donation. What can you donate? - Event/Appearances - Magazine Scans - Photoshoots - Screencaptures --Candid photo donations are not accepted. We are a paparazzi free site. Please end donations to daniellepanabakerdotnet@gmail.com Please include how you would like to be credited

© 2020/2021 Danielle Panabaker Online is 100% paparazzi free and a non-profit fansite. All graphics and original content are being used under the Fair Copyright Law 107 and belong to https://daniellepanabaker.net. Other images and text belong to their respective owners. No copyright infringement intended. This is an unofficial fansite.

You can find out more about which cookies we are using or switch them off in settings.

This website uses cookies so that we can provide you with the best user experience possible. Cookie information is stored in your browser and performs functions such as recognising you when you return to our website and helping our team to understand which sections of the website you find most interesting and useful.

Strictly Necessary Cookie should be enabled at all times so that we can save your preferences for cookie settings.

If you disable this cookie, we will not be able to save your preferences. This means that every time you visit this website you will need to enable or disable cookies again.